Nicole and I had big plans for today, so I knew I had better start with a filling and satisfying morning meal after my brisk 2-mile walk. 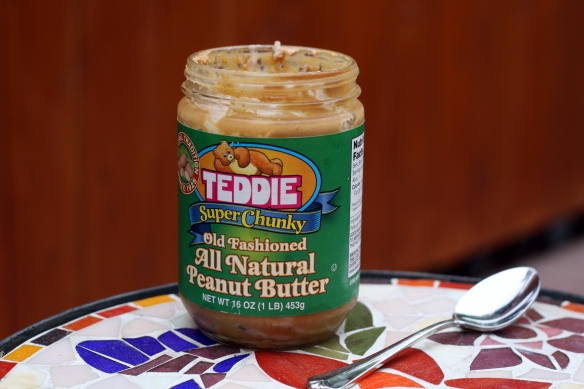 I filled my mostly used peanut butter jar with a mixture of overnight oats.  I have to say, this isn’t quite the same experience as eating hot oats in a jar, but it does have a charm of its own.  I kind of like it.  A lot, actually.

Anyways, let’s get to the nitty gritty details…

I found every little last bit of peanut butter in this jar, and let nothing go to waste.  Not one little lick or spoonful.  Nothing.  Oh the joy of oats in a jar! 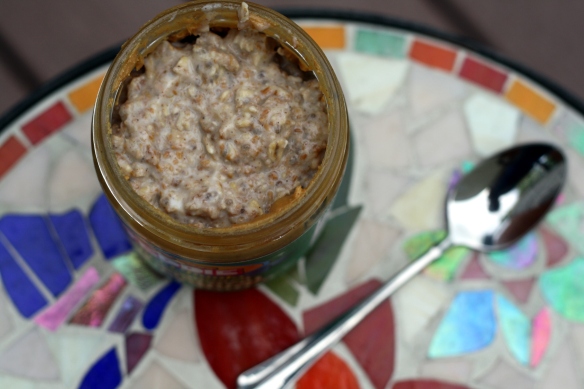 Once I was well fueled and ready for a day of exploring and fun, Nicole (aka, Loving Simple Moments) and I set out on an old, windy dirt road to pick up some farm fresh eggs (which, by the way, happen to come from organic, free range, vegetarian fed walking hens…it feels good to purchase local eggs!)

Then we were off to Trader Joe’s!!

This was Nicole’s very first time meandering her way around Trader Joe’s and Whole Foods.  An event that should be remembered and enjoyed to the very fullest.

Oh how I love Trader Joe’s and their creative glass displays! 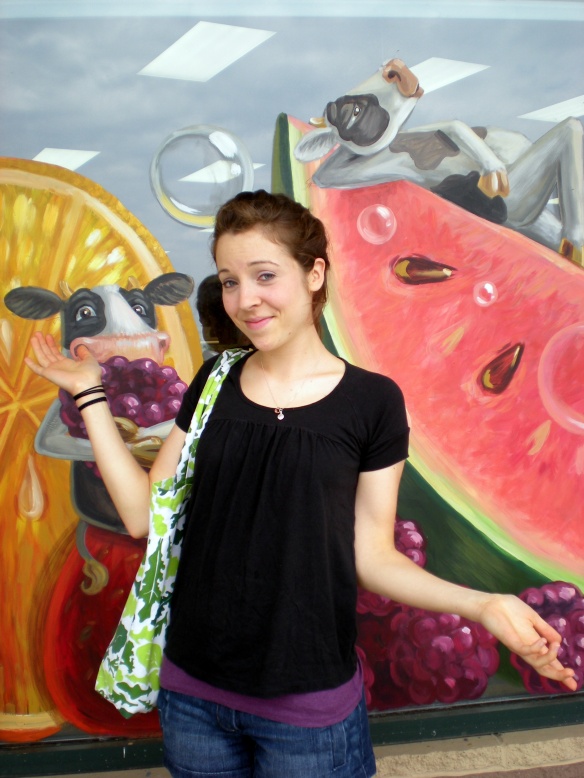 I also love their food samples!  Beef hotdogs anyone?

I’m not even a hotdog person, but these were actually pretty tasty.  I especially liked the trader joe’s ketchup on top—it was similair to heinz. 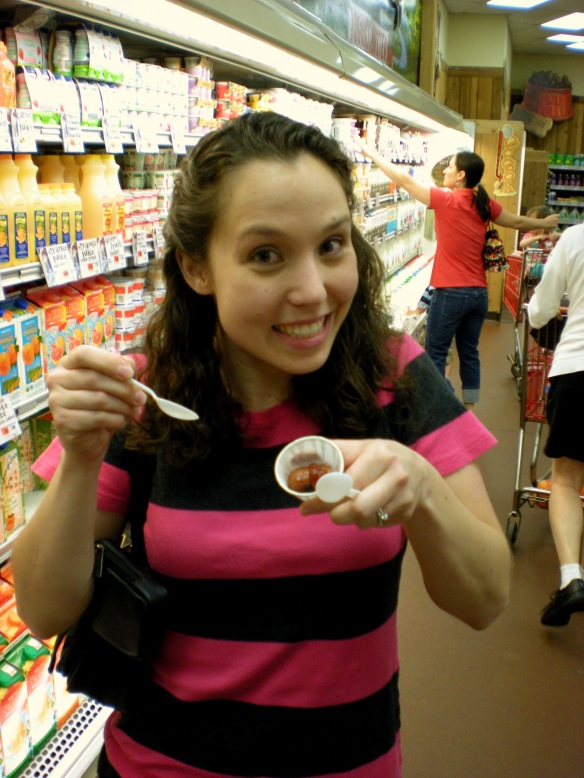 With bags full of grocery items (gotta stock up on the wholewheat sourdough bread, folks!), Nicole and I headed off to eat lunch at Panera.

Nicole ordered the You-Pick-Two option with half a turkey asiago sandwich and half a caesar salad.  She let me steal one of her croutons which was amazing.  I can’t wait to try making homemade croutons at some point in the near future…they seem like they’d be simple to make (I think?)  And I’ll bet the TJ’s sourdough bread would be perfect for this. 😀 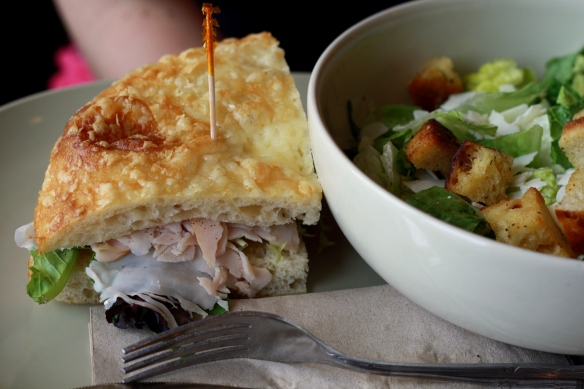 I ordered the new menu addition, which was the Strawberry Poppyseed Chicken Salad.  It was filled—absolutely filled—with blueberries, strawberries, mandarin oranges, pinepaple, pecans and chicken.  It was light, refreshing and exactly what I was in the mood for.  I also ordered a whole grain baguette slice on the side which was perfect for dipping and dunking.  Loved this lunch! 😀 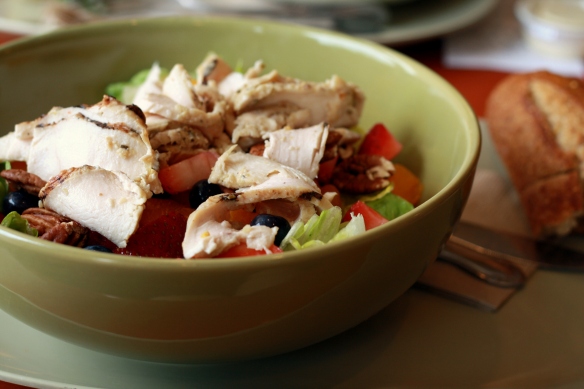 Then we were off to Whole Foods, where—of course—there were more free samples!

We both loved this zingy lemonade. 😀 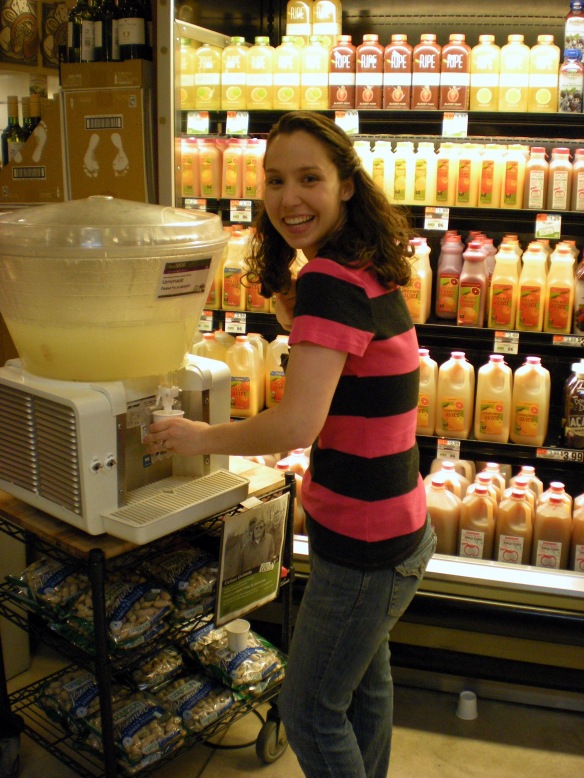 I found so many goodies at Whole Foods, including canned pumpkin for under a dollar, cheap cereals, big bags of coffee beans and lots of canned black & garbanzo beans.  It feels good to have a restock of all those oh-so-necessary items. 😉

However, I’ve got to say, the highlight of the entire day was stopping in at one of the nearby icecream spots.  Bart’s Homemade Icecream has some of the most grand flavors imagineable, and this was my first time stopping here.  It most certainly won’t be the last though.  Nicole and I both agreed that it was worth coming out just for this stop.  Oh my word.

We each ordered one scoop of the Snickers on a sugar cone, and then we ordered one more flavor scoop to top it off.  Nicole ordered the “Three Geeks and A Redhead” (yes, I’m being serious) which was a combo of raspberry swirls, chocolate chunks and—get this—coconut icecream!  Yes, my friends, it was as blissful as it sounds.  I went with another scoop of the straight out coconut sorbet which was also as good as it sounds.  Full of creamy coconut flavor and actual coconut chunks.  It was delightful in every sense of the word. 😀 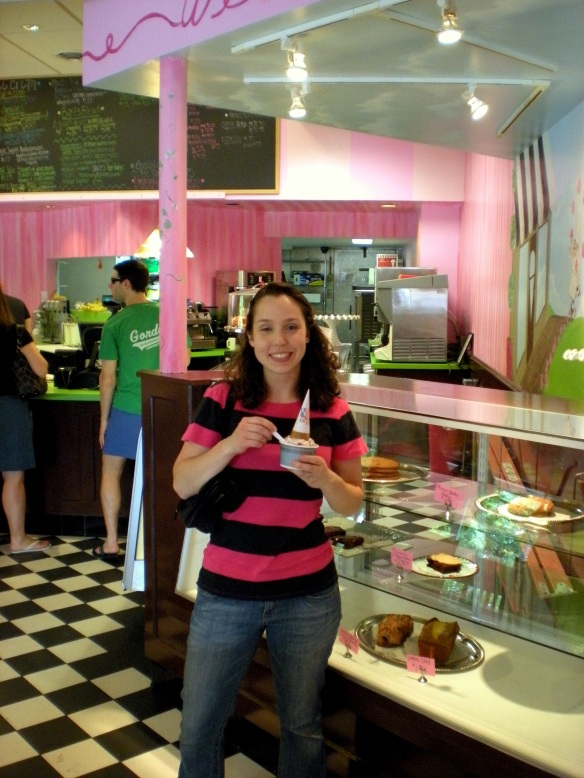 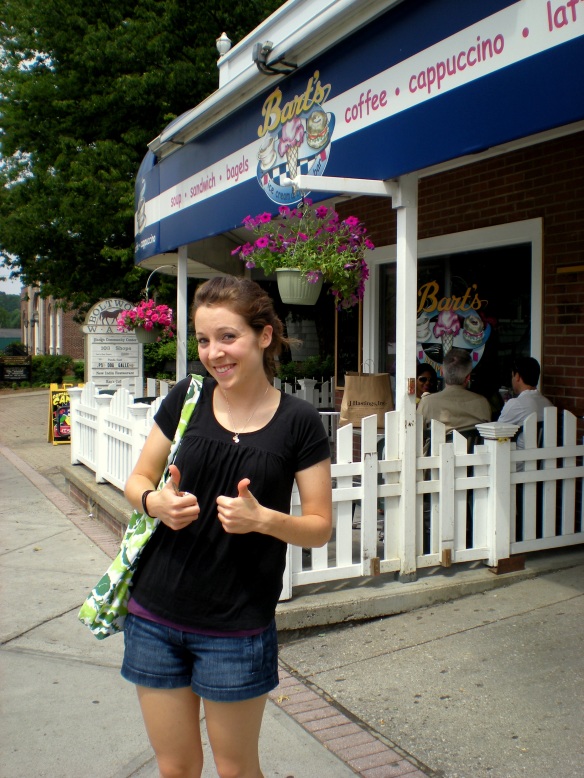 Question: What was the Highlight of your day so far?